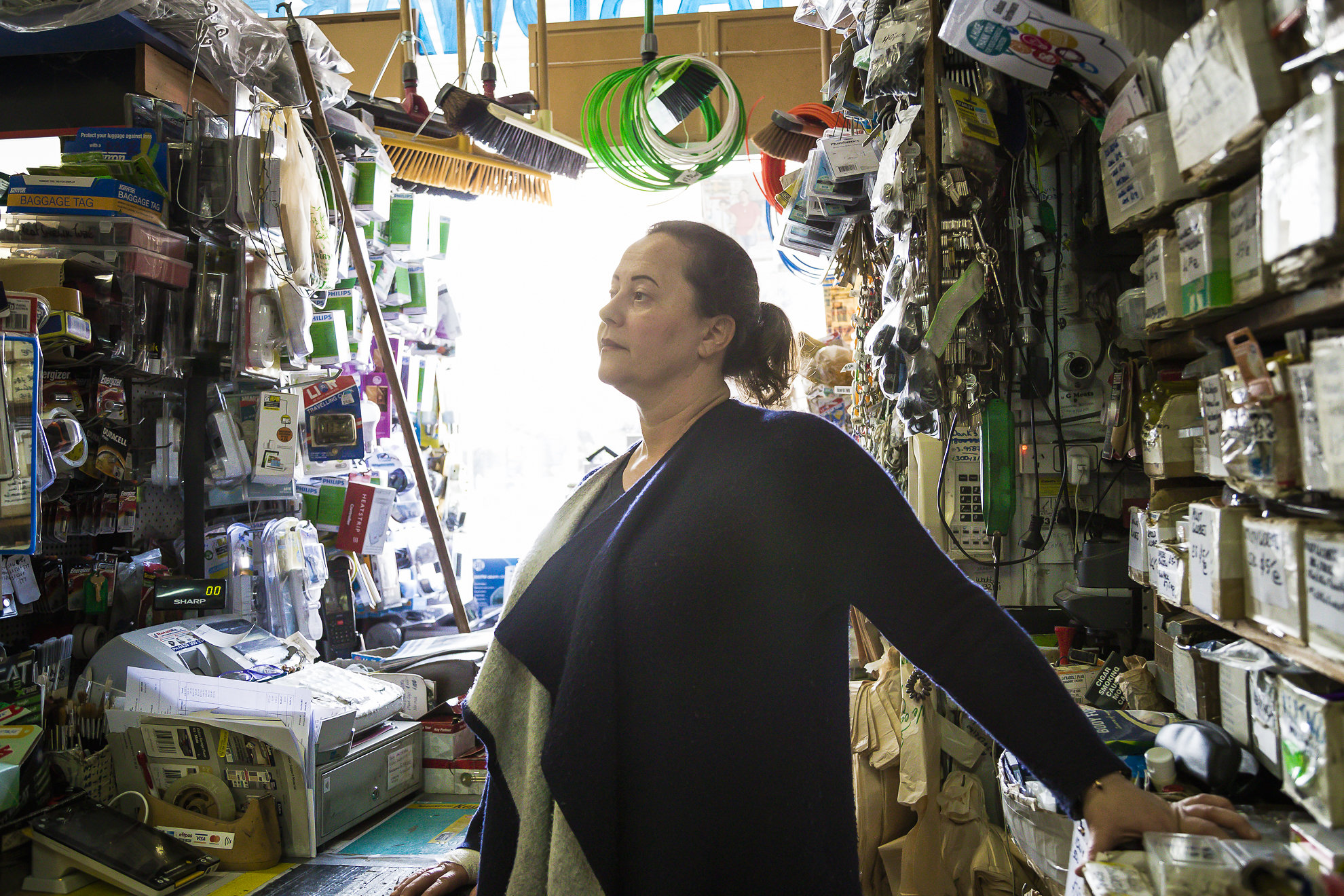 [Tony] Dad used to work at Fridgerate before leaving in 1977.

It was a company in Moorabbin, and they used to take milk tanks to farms. They also made refrigerators for Coles and other supermarkets.

He was a fitter and turner so he knew a lot about gas and copper, as every European had an idea of being a bit of a handyman.

But, eventually, he had had enough.

We had this building so he thought, “let’s see if we can open something and see what happens.”

[Lazarus] It was hard for me because I didn’t speak English very well.

But the warehouses helped.

I used to go to John Danks who explained, “this is this one, this is that one.”

But they – as well as other businesses across Melbourne – were good to us.

[Tony] Going to Uni would have been a waste of time.

My teacher always used to say, “we have Tony’s favourite subject.”

I hated fractions with a passion.

But I had the gift of the gab and I used to remember things, so the shop worked for me.

After six months I went on a holiday to work out what I wanted to do with my life. I came back and – 28 years later – I’m still here.

My mentality was, “we have got a business here.”

(Tony) My motto is we try to have at least one of everything.

Keys, electrical cables, mats, housewares, paints & timber. Everything that a house would need, we would have.

[Lazarus] When we started there was a hardware store that had been around for more than 100 years.

There was another one further, one on Victoria Avenue and one in Port Melbourne.

Batteries weren’t as big as they are now.

There were AA’s, D’s, C’s and AAA’s, but now there’s 30-40 different types of batteries. Lithium ones, alkaline ones, rechargeable ones. You have a bigger variety. And, with screws back then, you might have had 4-6 different sizes but – now – there’s 26 different sizes.

We still sell standardised stuff: irons, hoses, chains & plain zinc bolts. The hand tools haven’t changed much either. The best hammer used to be $80, and today they are still about $80.

But the smaller nuts and bolts have changed. We’re the only country that uses both the imperial and the metric system, so half of our stuff is metric & half is imperial.

Until you bring the nut in, we don’t know what to sell you.

We’ll just say, “take both and bring back whichever one you don’t want.”

(Tony) You have to keep up with the trends.

But there might be stuff stashed away that we haven’t sold for 20 years.

We still have some of the old Ford, Holden and Mazda keys. They’ve been sitting here for so long because no one has the old cars anymore. What do you do? Do you throw them away?

We get a lot of kids who’ll come in and they’re interested in them. It’s like a novelty, a collectors’ item. I was looking on eBay the other day as a joke – searching locksmith and stuff like that – and there were old keys with ‘Glover,’ ‘McEwan,’ ‘Mitre 10’ & ‘Bisbas Hardware.’

You see yours in there and it’s like, “wow.”

We’re like a country town but within the city limits.

Customers don’t have to jump in the car, open the roller door and go to the shop. It’s usually people in the area who walk past, say good morning and – if they don’t have the money – the response might be, “don’t worry about it.”

“Take it and pay us tomorrow.”

A lot of people have us in the back of their minds because there’s a real relationship between us and the customers. In business, you do one good thing and they tell one person.

But if you do one bad thing, they tell 10 people.  So I trust everyone that comes into my shop.

We want to keep that village feel, so we try to make Bisbas Hardware a community based shop.

(Tony) The mentality has changed.

We are forgetting where the roots started.

Our mindset is telling us that we have to go to the big store because they have everything. Not necessarily. To get a small item it might cost you an hour’s time. Here, there’s no pressure to buy the most expensive item.

If you want to buy a BBQ or a plant or whatever, that’s different. But with the little nooks and crannies, we’re the best. Probably once a week I hear, “oh Tony I’ve been to five stores and they don’t have it.”

“Why didn’t you come here in the first place?”

Once Bunnings opened up in Port Melbourne we lost 50 per cent of our business, but I think people are coming back to smaller stores.

(Tony) And if someone comes in with a weird request we can try and fix it.

For example, a lady had a pasta machine with a broken handle at the bottom. I said, “let me see what I can do.”

I went out the back, fixed it and it worked perfectly. She asked me how much I wanted, and I requested some pasta. I’m still waiting for it but – when she makes her next batch – she’ll give me a bowl.

The best one I’ve had; an older lady came in and I fixed something. I can’t remember what it was but – because I didn’t charge anything – she went to the bottle shop and said, “here Tony.”

The small gestures mean a lot because they’ve put thought into it.

I was brought up here and – I’m not trying to be a snob or anything – but I couldn’t live anywhere else. I have the bay here, the city next to me, a lovely business and I’m in a lovely area.

I have a couple of tradesman who come past each day for coffee, and there are kids that I knew from birth who come in to say hello.

So that chemistry, that respect, that’s what’s kept me here.

That’s what I love.

If I didn’t have good customers I would have left.

(Tony) No one knows what the future will hold.

We’re here for another 5-15 years unless someone comes around and offers a ridiculous amount of money.

It’s easy to say, “I’m going to retire” but what do you do after working for yourself for such a long time?

What’s he going to do, sit upstairs and read the paper?

His mates come at 2pm and they all have coffee for a few hours.

That’s what it’s all about.