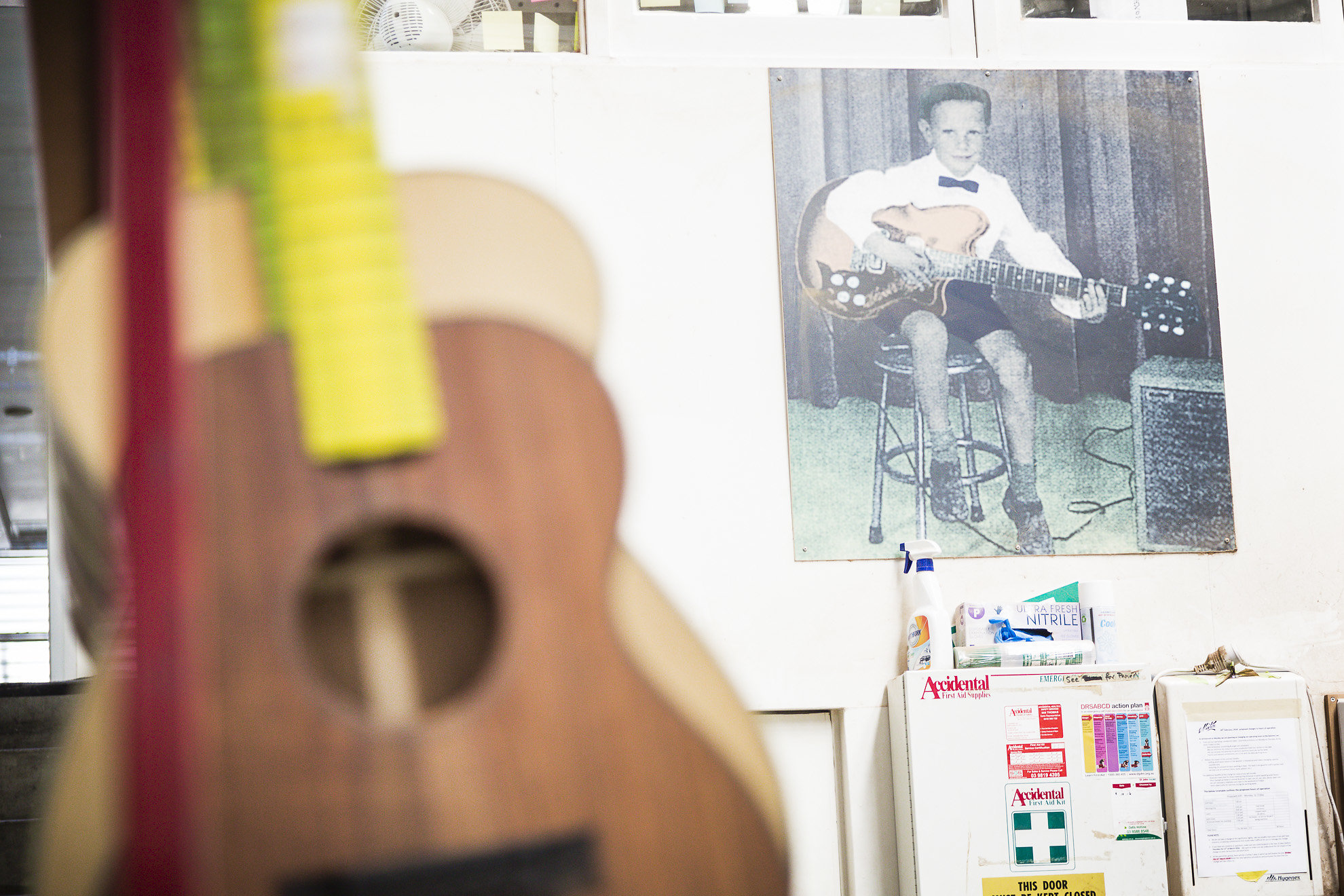 From an interview with Linda that has been edited

Dad was a schoolteacher who taught woodworking and a musician who played on the weekends.

He had a garage out the back of his place in Thornbury and – after making a few guitars for his mates – he said to my mum Vera, “what if I give up being a teacher and start making guitars?”

She said she would support him, so that’s what he did. The cars came out of the garage, he asked his brother Reg to work with him, and he built a workshop in there.

He built all types of guitars by hand: classical guitars, electric guitars, acoustics, semi-acoustics, lap steel guitars, bass guitars and so on. Everything to try and grab a market.

After a few years, he bought some land in Canterbury and built a factory in what would have been the early 1950’s.

Dad was always into design and improving what he did.

He did fine arts at night school and built all of our furniture as a hobby. He had a love of wood and would often smell it, feel it and tap it to get the sound that he wanted.

As a musician he didn’t learn a note of music but you could hum a melody and he could play it. He could also play a lot of instruments, like the double bass that he got when he was 16.

But it would have been tough financially. He worked on weekends as a musician, and he’d use that money to buy wood. He had that driving ambition to do it so, to him, a lack of money didn’t hold him back.

He thought that Australia could build guitars better than anywhere else in the world, so he forged forward and created a fantastic product. Now, a lot of people want a Maton because it is such a work of art.

He had the dream job, and he loved going to work every day.

In those days you could only buy American guitars, and a lot of local musicians couldn’t afford them.

There were a few designers that made one-offs, but dad was the first proper guitar manufacturer in Australia.

He could pinpoint the sound that he wanted to create and he knew a lot of musicians who would use the guitars that he made.

It became difficult when Japan & China started making cheaper guitars, but he was never going to go down that road and neither are we.

We always want to create a high quality, prestige product.

That’s the only way we’ll survive.

The Seekers were the first big band to use our guitars.

The amount of people who saw Matons around the world because of that was huge.

We’ve had some fabulous guitarists who still use Matons: Tommy Emmanuel, Vance Joy, Colin Hay, Tash Sultana, John Butler and so on.

We were in Port Fairy years and years ago – an amazing festival – and Paul Kelly was playing a Martin or something.

A string broke so I said, “you should play a Maton.”

“Why should I?” He replied.

“I think they’re fantastic, and I’ll give you one,” I said.

He got that guitar and he’s still playing it. 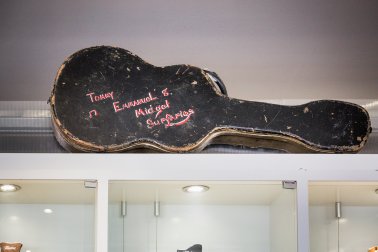 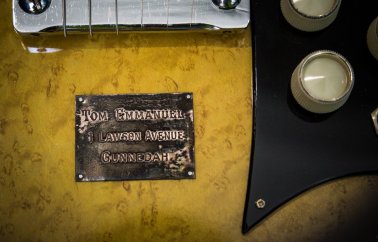 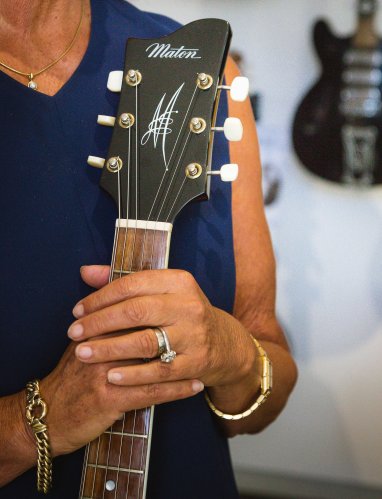 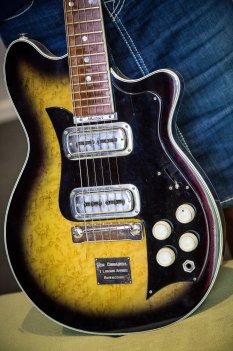 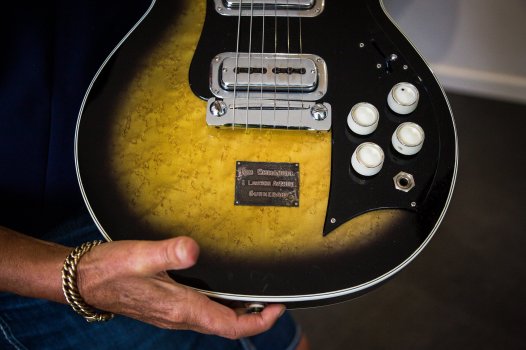 An acoustic guitar has to sound good, feel good, has to have a good neck, all the rest of it.

We use a lot of Queensland Maple, the Blackwood we get from the Otway Ranges in Victoria & Tasmania and we only use solid wood.

The cheaper guitars used to be made with plywood but it was problematic so we changed this policy around four years ago.

We’re after sustainability and reducing waste, and I want to educate others on the fact that –  if there’s a little knot in the wood – that’s okay.

In the old days so many guitars were thrown away for this reason, but it should be acceptable.

Why would you throw it away?

There’s a team of craftsmen who work on each step of the guitar.

We have a frame-saw which costs $200,000, and it allows us to cut wood for the sides so efficiently. And UV Curing is a different way of coating that wasn’t around in dad’s day. The finest coat is best because it allows you to really hear the guitar. These are the sorts of changes that have occurred over the years.

Equally so, the customer is very knowledgeable so you have to keep raising the bar. We are extremely busy with repairs, and we do factory tours so people can see what we do. It’s free, we just want a donation for Beyond Blue.*

Andy – who has worked with us for 20 years – wanted to have a custom shop. All of his guitars are customised with the customer. They’ll talk about what they want, the sound they want, the timber, the personal flourishes and so on, and he’ll send them photos and videos along the way.

The business wasn’t doing that well when my husband and I bought it in 1987.

If we were going to have it, I wanted to be able to make my own decisions. My mum was rapt but – for dad, who was quite sick at the time – it was like losing a child. It was a huge part of his DNA.

When we took over there were six people who worked here, now there are 75. We also export plenty of our orders. Not just relying on the home market was one of the biggest changes we made.

One day I said to David, the general manager, “we’re going to go to China.”

There’s a lot of people who want the real deal there.

It’s allowed us to really spread our wings.

There’s a distinctive sound to a Maton.

It comes from the way it is built, the wood we use & the way we finish it.

Traditionally, Matons had a mid-range sound. Where some guitars have a lot of bottom-end bass and a lot of treble, there’s nothing through the guts.

Now we’ve developed the full spectrum – the bottom and the top end – but we haven’t lost that Maton mid-range punch.

The way we build and brace guitars has changed over the years, but we’ve maintained the standard and the quality.

If we lose that, we’ll lose our soul.

I want Maton to make another couple of thousand guitars each year.

We definitely have a limit though, 12,000 maybe. If that was a guitar maker in America, that’d be next to nothing.

And – while I run this business – we will never manufacture outside of Australia. We have heaps of challenges manufacturing here, but that’s life.

If you enjoy what you do – and you can employ 70-odd people – that’s something to be proud of.

That’s the beauty of our product.

* Response to a follow up question: Beyond Blue is the charity of choice due to the high correlation of people in creative fields that may struggle with a similar set of issues for which Beyond Blue offer support